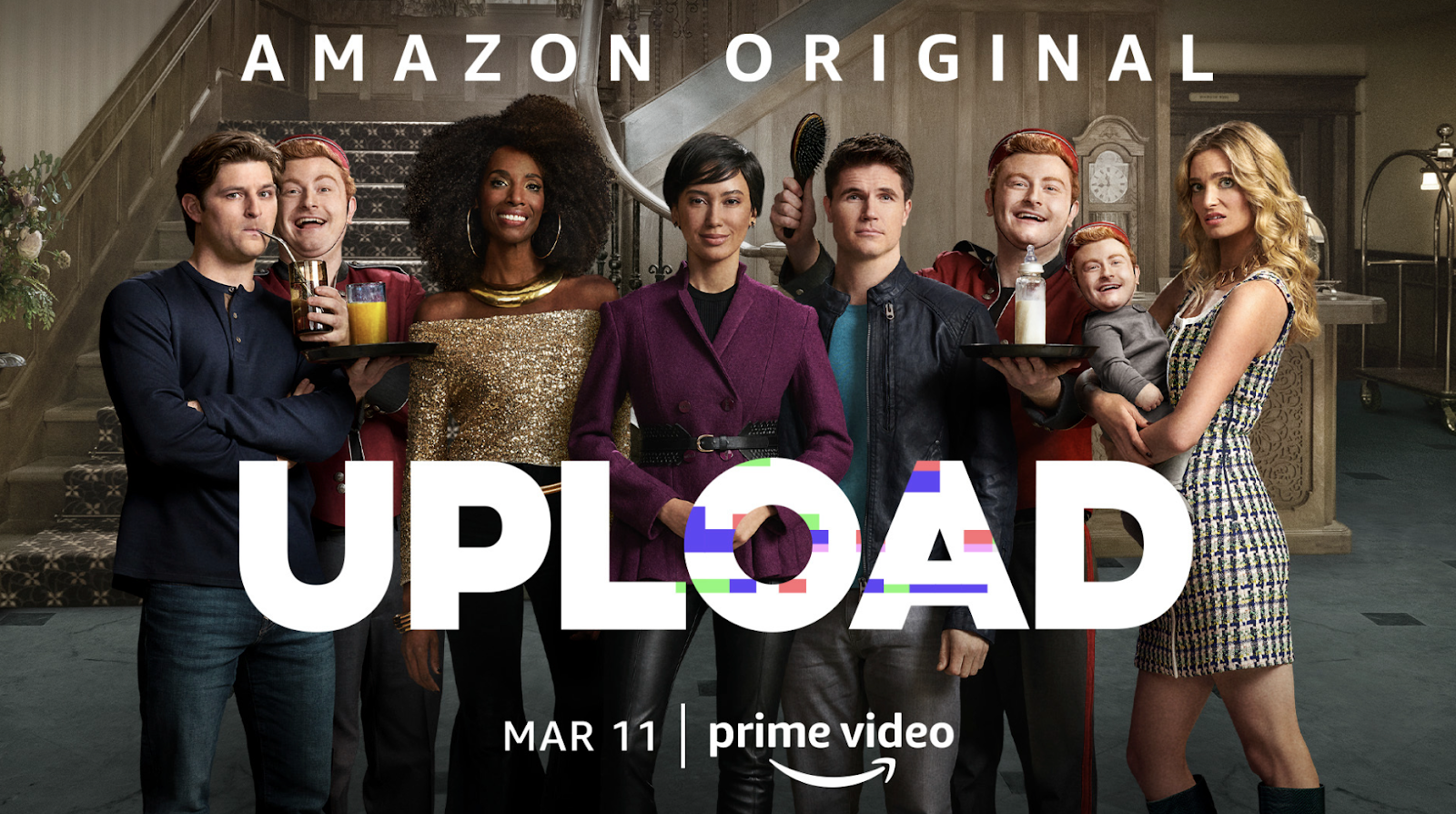 ***NOTE TO EDITORS: Please refer to our streaming service as Prime Video and not Amazon Prime Video***

CULVER CITY, California – February 23, 2022 - Today, Prime Video released the official Upload Season Two trailer and first look images ahead of its March 11 premiere date. The seven-episode second season will premiere exclusively on Prime Video in more than 240 countries and territories around the world. Upload is a sci-fi comedy series from Emmy award-winning writer Greg Daniels (The Office, Parks and Recreation), set in a technologically advanced future where hologram phones, 3D food printers and automated grocery stores are the norm. Most uniquely, humans can choose to be “uploaded” into a virtual afterlife.

In Upload Season Two, Nathan is at a crossroads in his (after) life… his ex-girlfriend Ingrid has unexpectedly arrived to Lakeview hoping to strengthen their relationship, but his heart still secretly yearns for his customer service angel Nora. Meanwhile Nora is off the grid and involved with the anti-tech rebel group “The Ludds.” Season Two is packed with new near-future concepts, including Lakeview’s newest in-app digital baby program, called “prototykes,” and other satirical glimpses of the technological advances and headaches to come.

The series was created by Greg Daniels who also serves as executive producer along with Howard Klein.